The ability to have a single repository or system where you can plan, track, and manage the entire portfolio of work,” says Denis Walsh, Director, Project Planning and Portfolio Governance at Boston College, “is really very valuable.”

When Boston College deployed the TDX platform, it was an opportunity for ITS to significantly improve existing processes. “In the past,” says Walsh, “we had a variety of standard tools, such as Word, Excel, and PowerPoint. We knew we needed a better way than our manual process and wanted to simplify our work management processes.” Like many ITS teams, Walsh and the ITS organization were faced with increasing demands on their resources. “Our desire to be more transparent with the alignment and optimization of our resources led us to select TeamDynamix from a list of three vendors,” says Walsh.

The centralization of data and projects and the ability to capture high-level information about operations and maintenance activities have been a huge benefit.

ITS at Boston College went live with TDX in April 2015. Before selecting the platform, Boston College went through an extensive RFP process. After narrowing the choice down to three finalists, ITS brought the vendors on campus to do demos and answer questions before making the decision to go with TDX.

“TeamDynamix offered both the functionality that we were looking for (particularly in the area of portfolio management) and the flexibility in the configuration of the software,” says Walsh.  Another benefit of working with TDX is the company is focused on higher ed. “TeamDynamix has a really good understanding of the education business and also what the culture is in higher education,” says Walsh. “That’s not insignificant.”

“In addition to the PPM tool piece,” he says, “we were also migrating our effort reporting system into the TDX platform. We were fairly thoughtful and deliberate in how we went about migrating our manual processes to the software.”  Any software implementation of this scale brings with it a certain level of change. “How easy or difficult it is to get up to speed with a new tool,” says Walsh, “is based on an individual’s specific role and interaction with the product. Certain tasks, such as creating or updating project requests, were very straightforward and people adapted to that quickly.”

Today, TDX is making a significant difference in the ITS team’s work processes. “Obviously, it has helped streamline our process through automation,” says Walsh, “but the centralization of data and projects and the ability to capture high-level information about operations and maintenance activities have also been a huge benefit.”

One of the TDX features that Walsh has found particularly useful is resource management, which supports the analysis of proposed work. “The ability to have a complete picture of what our resources are scheduled to and plan that out six, eight, nine months or more into the future is one of the key areas the tool has made a difference,” says Walsh. “It has helped us with resource capacity planning. We use the capacity planner to look at what’s being introduced or being requested, and to make sure that we see and identify any resource constraints or bottlenecks before they actually happen.”

The PPM tool has also been very helpful in automating the ITS team’s project request and approval workflow. Walsh calls the PPM tool a huge time-saver from a productivity standpoint. “Project requests go through different processes depending on the type of request,” he says. “These are now automated with approval steps for each, including architectural review, financial review, resource management, and resource allocation.

The ability for resource managers to have complete control over requests that come in for their specific resources has been very useful and effective. Project managers also appreciate the ability to request specific individuals for specific projects.

One project that Walsh says has particularly benefited from the TDX platform is their Enterprise Data Warehouse project. “It’s more like a program than a specific project,” he says. “It’s a significant multiyear effort with several large components. Our ability to keep all of these pieces together in the system gives us visibility and insight into the progress of all of the different components and the interdependence of these that we wouldn’t otherwise have had.”

Walsh offers some advice for other higher education ITS teams considering a PPM solution like TDX. Flexibility in the configuration of the product provides a solid foundation to build out your specific implementation. In addition, TDX as a vendor is extremely collaborative. Walsh and his team successfully partnered with them in the design, testing, and implementation of new features and functionality. 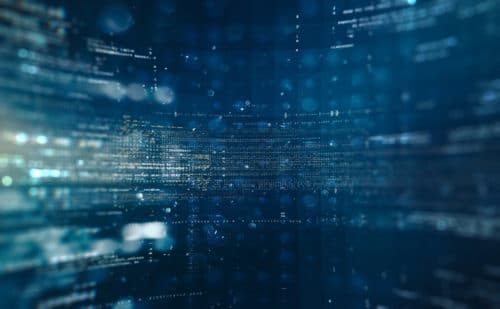 Learn why Pima County is investing in supercharged ITSM and automation.